For posting information about any bugs, crashes, or graphical issues you encounter while playing House Party. Not the place for general, gameplay, or spoiler-related questions.
Forum rules
Please follow all Eek! Forum rules.
Post Reply
16 posts

Folder C:\Users\***\AppData\LocalLow\Eek\House Party\ exists, but there is no crashes folder inside ?

Note that "C:\Users\***\AppData" is hidden, and may not be displayed in the explorer.
As a workaroud, type :
%appdata%
in the (sort of) url bar. This will take you to C:\Users\***\AppData\Roaming. Go up one folder, the down to LocalLow or Local, depending of the folder you're seeking for.
Top

It does exist and there is no crashes folder 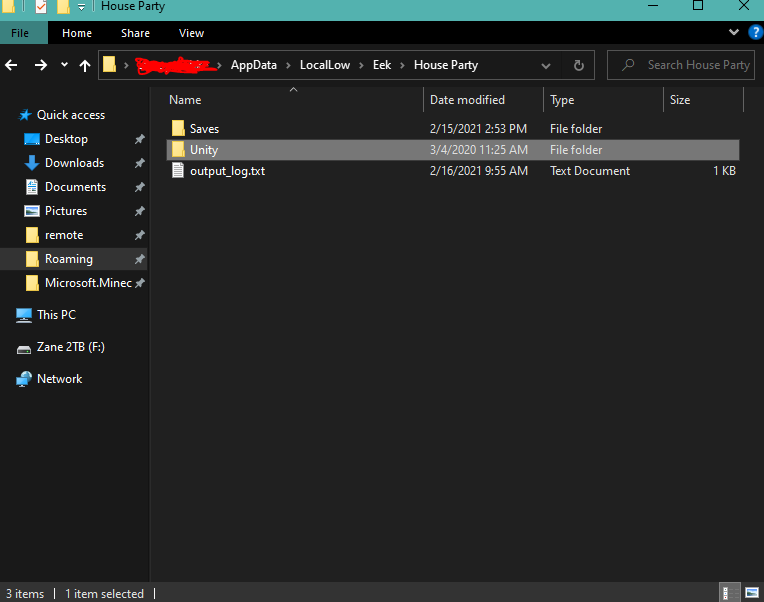 That's okay if there is no Crashes folder; it just means Unity's CrashHandler did not catch the issue. Is there anything relevant in the Windows Error Logs? That part of the DXDiag file was oddly blank.

You are running two displays, at different resolutions, off of ONE RX480, yes? I don't see evidence of Crossfire but please confirm.

Are either of these displays Freesync?

Have you tried to run the game on each monitor, at the monitor's native resolution?

Can you try unplugging/disabling anything related to: You may remove all of these devices/disable their associated software all at once and try re-playing HP, OR, test individually by disabling/removing one at a time and trying to play HP after doing so with each to see if one in particular is causing an issue.

If none of this sounds familiar...then you may have some unused drivers and device software to uninstall.
Erasmus
Eek! Games LLC
Vice President, QA & UX
Top

If the above post does not help and you feel like troubleshooting more before checking back in, try the steps in T4 and T5 in this link: https://forum.eekllc.com/viewtopic.php?f=7&t=7
Erasmus
Eek! Games LLC
Vice President, QA & UX
Top

I don't know what out of all of those things it was but runs now, thanks for help!
Top

Awesome! Glad to hear it