Do you have the balls to handle the new update? Because the Frank 0.19.4 stable release is LIVE, dudes, and his 20 pound softball-sized crotch ornaments of pure muscle are the talk of the party! This is one of our largest updates (the game has grown over 20% since the last major update) and we promise the new gameplay is worth the junk-achingly long wait! 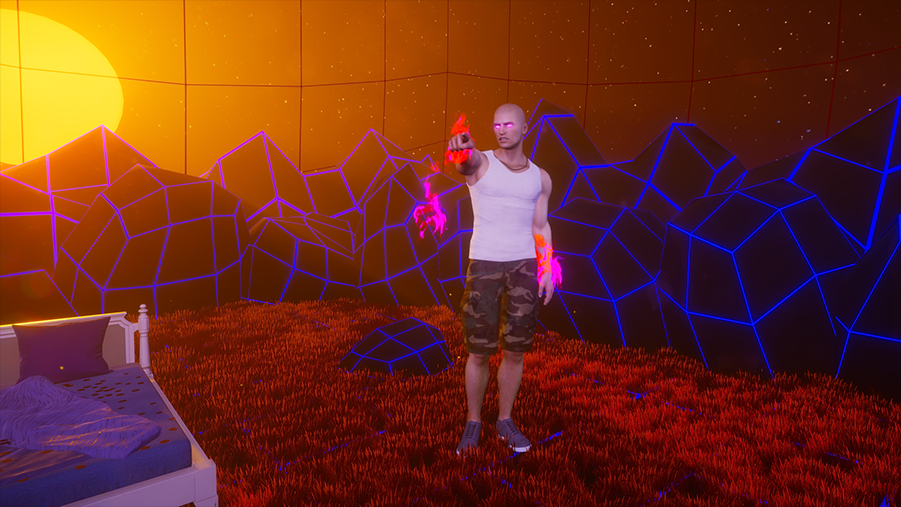 As you explore the party, you'll now hear background dialogue hinting at Frank's storyline. Make the right choices while chatting with Frank and you can explore his story - where feelings are shattered, naughty bits are revealed, and the party uncovers the true worth of a man's meat-danglers. The update adds a huge chunk of gameplay, a major branching ending, and five all-new Original Story Opportunities. Yes, one of those results in a deeper bond with Frank. How deep? ...That’s up to you, isn’t it? 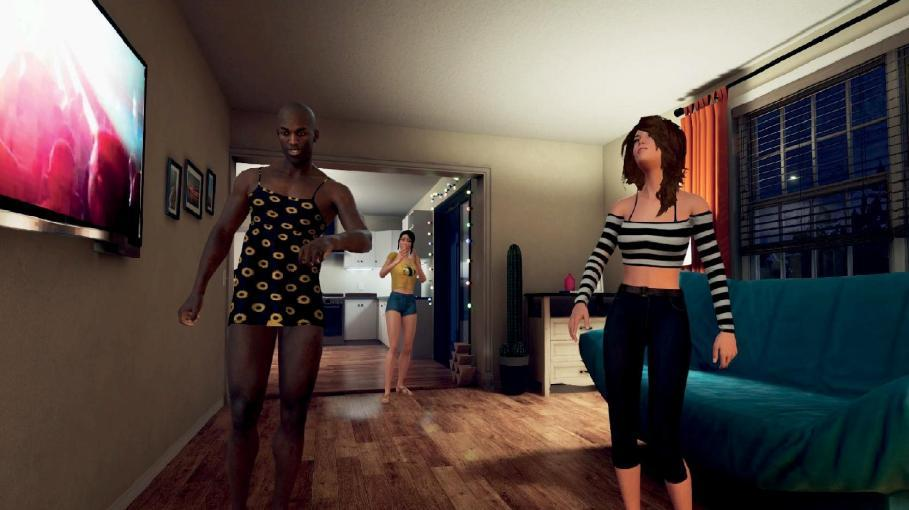 You can now watch Derek shake his big booty on the dance floor by challenging him to a dance-off! The man's got serious moves, and you’ll need to find a creative solution to get past him to progress through Frank's story. Good thing there are helpful items and people at the party that can turn the tide in your favor!

There are two new ultra-secret items hidden around Madison's place that can assist you in winning Frank’s affection, too. We know you doods are professional scavenger hunters at this point, so happy hunting! And if you DO max out your Friendship with Frank...well, let’s just say he’ll be extra grateful to anyone who goes above and beyond!

BEEP, BOOP... Did we mention we made it so Compubrah can now scan Frank? Be sure to check out the wacky new gameplay, and enjoy the various stat-boosting benefits involved! 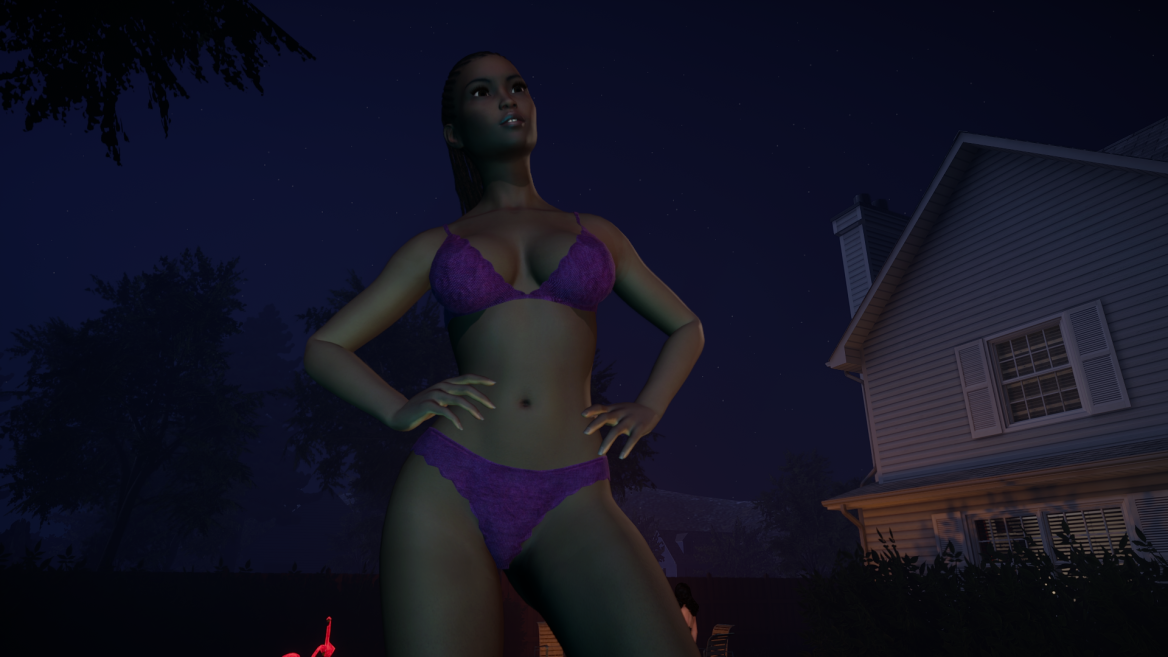 We nerfed Frank and Leah's alcohol-detecting spidey senses, too. You can drink a bit closer to them, but you still need to avoid their watchful gaze. Also, if you finish Frank's storyline and maintain being platonic BFFs, both he and Leah will be more forgiving of booze-related transgressions. Or, if you drive Frank out of the party completely, ALL alcohol-related actions will be forgiven throughout the playthrough!

If you don’t beat up Frank at the end of Leah’s “evil” route for “Broken Code”, there is now at least one meaningful reward for sparing him. Also, in Vickie’s “Training Day” content, choosing to practice your climax skills as part of her "Training Day" Opportunity now earns you bonuses to your intimacy recharge rate so you can get back to tumbling in the sheets sooner. 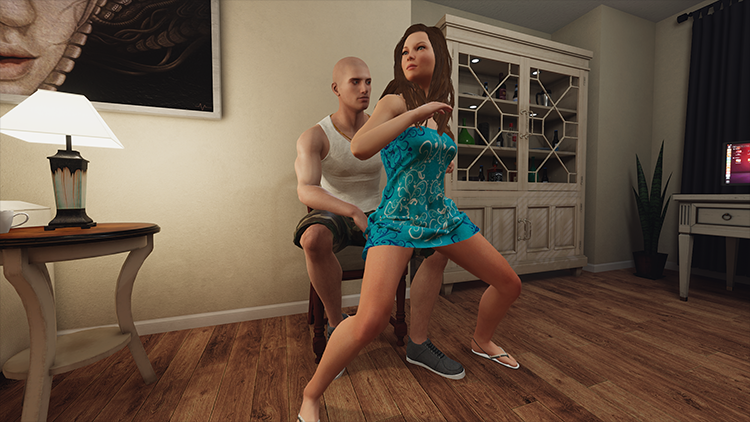 A new cutscene-style intimacy system is here, as well. Frank, Katherine, Rachael, and Vickie all have unique “finales” now. We also added a static cutscene for the Master Bedroom for other Characters that can perform or repeat their intimacy reward there. Don't miss this sweet new theater-style content! And, no worries, if you guys prefer the original POV intimacy system, it’s still available via a toggle option in the Main Menu.

We also optimized performance and spruced up the gameplay graphics. These include bug fixes, cleaner aesthetics, improvements to the “missed” Opportunities UI, adjustments to character models, and updates for the hot tub so it now looks AND sounds bubbly. And in addition to all new voice acting for Frank’s update, all missing VA from previous updates has been added, as well!

Autosaves and the explicit DLC are now reliably working again, and you can manually increase the in-game FOV to 75 by going to your Graphics Options, changing the value to 75, and hitting "Apply."

Our player community also got House Party fully translated into Turkish! Teşekkür ederim. You doods are the best! If you've been waiting to play the game in Turkish, now's your chance. 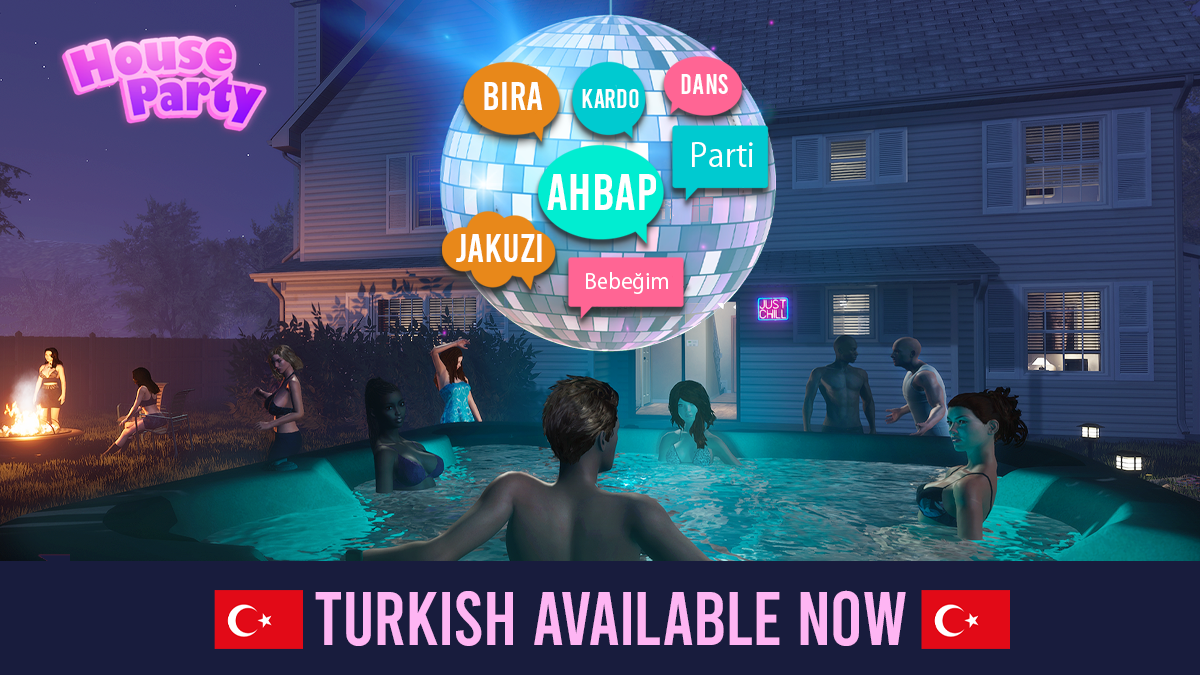 French is all set too, my brahs, but we're still waiting on other languages, the status of which we'll update you via Discord.

Note: Older save files may no longer be compatible. Translations may have slight cosmetic bugs and be fully or partially incomplete. Custom stories may no longer function as intended. There is a known minor font issue that affects certain Turkish characters that will be fixed in a future update.